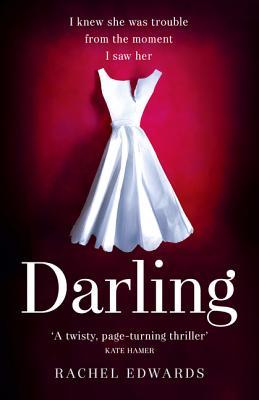 If it weren’t for this being my book club book this month, I don’t know if I would have finished it. Not going to lie though, sticking it out to see what ridiculousness was going to happen next for me to roll my eyes from here to Mars about was worth it.

Let me start off explaining a little bit about what this was about: Darling, a middle-aged single mother of 6-year-old Stevie, meets Thomas, the single father of a 16-year-old Lola, at the grocery store. Flash forward a few months, and these 4 become one ‘happy’ family. Except, this is no Brady Bunch – Thomas’ teenage daughter, Lola, isn’t too keen on having a step mother; can you blame her? Well, surprisingly, you totally can, because Lola is a nutcase. These two ladies are at war; can they both make it out alive?

First off – the positives:

Now for the negatives:

I thought that this could be so much better, because the plot doesn’t sound that bad; I think that the execution was lacking though. In addition, characters can make or break a book for me and because I didn’t particularly care for either of the main ones, this felt sort of like a chore to read. This wasn’t the worst book ever, but just not for me.