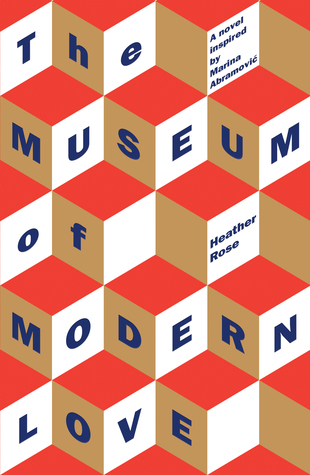 A mesmerising literary novel about a lost man in search of connection – a meditation on love, art and commitment, set against the backdrop of one of the greatest art events in modern history, Marina Abramovic’s The Artist is Present.

She watched as the final hours of The Artist is Present passed by, sitter after sitter in a gaze with the woman across the table. Jane felt she had witnessed a thing of inexplicable beauty among humans who had been drawn to this art and had found the reflection of a great mystery. What are we? How should we live?

If this was a dream, then he wanted to know when it would end. Maybe it would end if he went to see Lydia. But it was the one thing he was not allowed to do.

Arky Levin is a film composer in New York separated from his wife, who has asked him to keep one devastating promise. One day he finds his way to The Atrium at MOMA and sees Marina Abramovic in The Artist is Present. The performance continues for seventy-five days and, as it unfolds, so does Arky. As he watches and meets other people drawn to the exhibit, he slowly starts to understand what might be missing in his life and what he must do.

This dazzlingly original novel asks beguiling questions about the nature of art, life and love and finds a way to answer them.

I feel guilty for not having felt the way the majority of reviewers did about this. I thought I would enjoy it because art and history are two of my favourite things to learn about and this incorporated both, but I just couldn’t get into the story. This was somewhere between a 1 and 2, but if it wasn’t for book club, I would have ‘DNF’d’ it before it got slightly more enjoyable, so I think a 1 is more appropriate.

Despite giving it a 1, I think the idea behind the book was interesting. Marina Abramovic, the artist in the book, was an actual performance artist who performed a piece called The Artist is Present, where she sat for 75 days straight across from various visitors to the MoMa for a few minutes at a time. In the book, the visitors would basically see these visions of their lovers as they sat across from and stared into Marina’s eyes – some getting very emotional. If you search The Artist is Present on YouTube, you will see real footage of people having sat across from her during the exhibition, and I think it’s cool that this whole thing happened in real life and was made into a book including some real and some fictional events. I also liked the storyline with Levin the most; his chapters were the ones I was most engrossed in because I wanted to know what would happen between him and his wife.

Even though the idea was interesting, I still felt bored while reading. I know there is a documentary about this performance art piece, and something tells me I would probably like that better. Overall, I really don’t think this was necessarily bad, it just wasn’t for me. So if you think it sounds interesting, I would give it a chance because majority of people did like this more than I did.