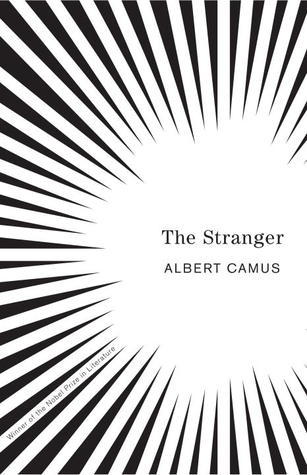 Through the story of an ordinary man unwittingly drawn into a senseless murder on an Algerian beach, Camus explored what he termed “the nakedness of man faced with the absurd.”

You know that scene in How the Grinch Stole Christmas where he puts the x-ray over his heart and it’s virtually non-existent? One could argue that’s what the main character Meursault’s heart looks like.

Meursault is a believer of absurdism—the philosophical view that life has nothing in it from which to derive meaning, and therefore the human quest for meaning is useless. As a result, he expresses indifference in pretty much everything, often using phrases like, “I really didn’t care much one way or the other.”

In the beginning, Meursault is merely going through the motions of mundane life and it can feel like you are too as you’re nodding along waiting to see where the story goes. I now understand that there may have been a purpose to that. Told in first person, you really get to dig deep inside Meursault’s head and see what he is all about. By having the story flow through the most mundane aspects of everyday life in that narrative, it is actually more impactful than having a bunch of theatrical events happen because although you can tell that he’s kind of “heartless”, some of the things he says almost resonate as things you may have thought once or twice yourself in your everyday life.

The reason I put heartless in quotations is because I’m not sure he was heartless so much as he was just being honest with himself. People don’t take very well to others going against societal norms, and although I think that some of what Meursault said and did was a bit extreme, I don’t think that he was an entirely bad character. For example, when he didn’t cry at his mother’s funeral, people automatically assumed him to be insensitive and soulless—an observation that came back to haunt him later on in the book. Although I would agree that someone not crying at their mother’s funeral would be a bit surprising, that event was one of many that put his belief of absurdism into reality. To Meursault, his mother died just as everyone will one day so why should he waste time being sad about death when he can enjoy his present moment being alive, and why be sad just because everyone else says he should? There are many other moments like this in the book where Meursault says or does something out of the norm, and sometimes it takes a little bit of reflection to understand from his point of view the reasoning behind it.

I highly recommend this if you are into philosophy. This book leaves a lot to think about, and it’s a pretty good one to have discussions about with other people as I’m sure different people interpret it in many different ways

6 thoughts on “Review// The Stranger by Albert Camus”