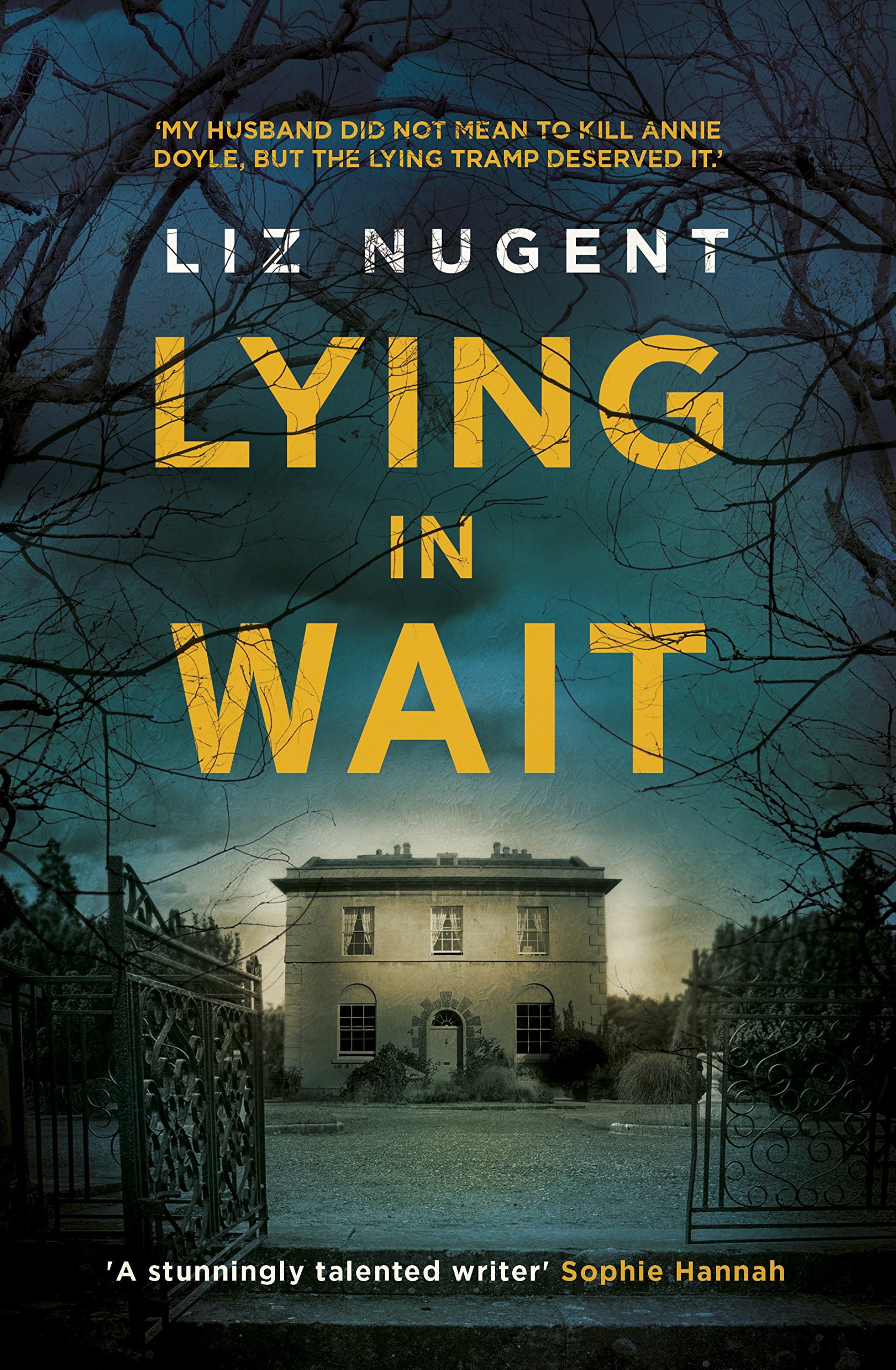 The last people who expect to be meeting with a drug-addicted prostitute are a respected judge and his reclusive wife. And they certainly don’t plan to kill her and bury her in their exquisite suburban garden.
Yet Andrew and Lydia Fitzsimons find themselves in this unfortunate situation.
While Lydia does all she can to protect their innocent son Laurence and their social standing, her husband begins to fall apart.
But Laurence is not as naïve as Lydia thinks. And his obsession with the dead girl’s family may be the undoing of his own.

“My husband did not mean to kill Annie Doyle, but the lying tramp deserved it.”

That is the first line, and for over a year now, ever since I saw that chilling statement on the cover, I have been itching to read this.

Andrew and Lydia Fitzsimons have a secret. That is, there is the dead body of Annie Doyle, a young woman who betrayed their family, buried in the backyard of Lydia’s family estate in the South of Dublin that she, her husband, and teenage son Laurence inhabit. For about a quarter of the novel, we don’t know what Annie’s connection to the Fitzsimons family is; all we know is that she was a low educated prostitute who had gone down the wrong path. As the story unravels, the dark and twisted truth is revealed and it is evident that these characters are absolutely insane!

This novel is told through the perspective of Lydia Fitzsimons, Laurence Fitzsimons, and Karen Doyle—Annie’s younger sister—and each chapter switches between the three. Although they all had their character flaws, Lydia was probably the most psychotic and selfish, especially when it came to Laurence. Laurence wasn’t perfect, but I found myself feeling bad that he was victim to such unfortunate circumstances when he was born to his mother. Karen was the most likable to me, my heart reached out to her for the pain she felt for many years after the disappearance of her sister. Even though Annie was looked down upon by a lot of people—even after she went missing— and although she had let Karen down multiple times with empty promises, Karen always held onto the hope that she would be brought back and anticipated her return. I really liked seeing that side of a character, as there definitely was not a lot of tenderness or empathy displayed elsewhere. I also really enjoyed the supporting characters, and they all played a relevant part—it felt like they were all meant to be there as opposed to just thrown into the story to fluff it up.

The chapters were lengthy, but not overwhelmingly, and I flew through this in a few days’ time. The first half of the book wasn’t as captivating as the last; it really improved as the story unraveled and the ‘twist’ at the end threw me for a loop! The reason I gave it a 3.5/5 is because I was having a hard time keeping my focus during the first half, but when the story picked up it really picked up.

I would recommend this to anyone looking for a novel with twisted characters and storytelling that, although slow at times, still makes you want to race through the pages to find out the truth. This book holds a lot of promise, and if you can get through the not-so-exciting bits, you’re in for a real treat.

7 thoughts on “Review // Lying in Wait by Liz Nugent”